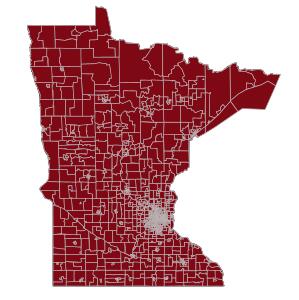 This data layer depicts Median Age. It was developed by the Natural Resources Research Institute using data from the American Community Survey (ACS). The Median Age represents the age at which half of the population is older and half of the population is younger. Note that these are statistical estimates and do not include the margin of error. The ACS is conducted on an annual basis by the US Census Bureau. It covers housing, demographic, social, and economic topics. The annual results are aggregated into five-year intervals from 2015 to 2019 to produce more accurate estimates. Data is summarized at the Census Block Group level. The ACS provides more timely data than the Census for identifying trends in a community. Knowing the median age of the population can give and indication of the types of services a community needs.