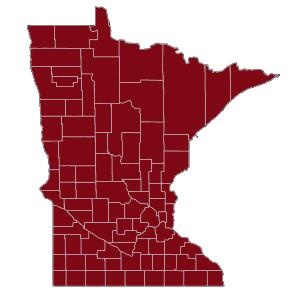 This data layer depicts the 2050 Projected Population Change estimates. It was developed by Minnesota Compass and the Natural Resources Research Institute using data from the United States Census Bureau, the Decennial Census, and the Minnesota State Demographic Center. The 2050 Projected Population Change estimates were compiled at the county level. The change is based on the period from 2018 to 2050. Population projections enable planners and project managers to anticipate population changes and changing demands or identify potential stressors changing populations may have on natural resources and the environment.

Get Data Get Metadata Launch Map